People always have difficulties choosing the correct caftan or kaftan. Kaftan is the correct word and during time and between cultures it has another name: Caftan. 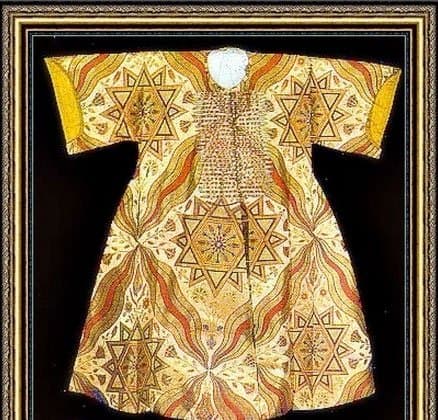 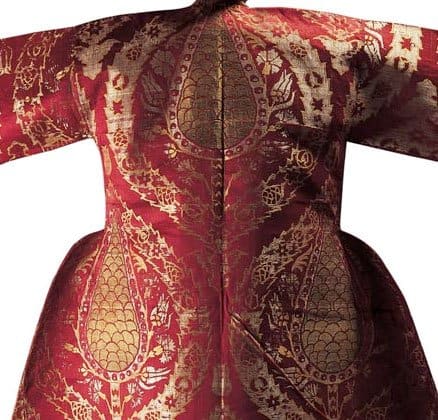 Fro centuries human has developed and found many ways to have needs. After a while the taste of human contributed a style. The weaving is probably the oldest art in history. Against nature and weather circumstances people needed to protect themselves and created weaving. It was must have at first sight, then weaving tuned in to an art. Every culture, nation and country has created its own weaving by using their ability techniques. The first kaftan dresses were woven in Middle east. Kaftan dresses has worn by many cultures and was like a coat at the beginning. Today  they are made of silk, wool, cashmere or cotton.

We can easily say that Turkish fabric has an important role both its weaving and the richness of patterns for Ottoman kaftan dresses. Turkish fabric divided in four sections according to their weaving places.We are going to tell the one section which were made in Ottoman palace.

Palace fabric  was made for the people living in Ottoman palace and different from the locals. Those fabrics were woven just for the people in Ottoman Palace.  They had much more embroidery and quality than the clothes wore by locals. The Sultans had to wear special fabric with special patterns. 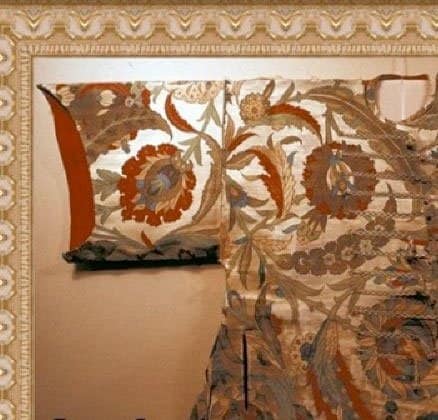 While Ottoman Empire was developing, the weaving kaftans of the Sultans became more Professional. The most important weaving looms were in Bursa and had reputation from Hungary to Italy. Weaving in Istanbul  had the second important place. The silk using in weaving looms in Istanbul came from Bursa. The best silk was in Bursa. You can see those samples in Topkapı Palace Museum. The clothes collections of Sultans are still exhibit in Topkapı.  If we short lt sum up what exhibits in the Museum are 21 kaftan dresses of Fatih Sultan Mehmet, 77 kaftans of Süleyman The Great, 30 kaftan dresses of Osman the 2nd. Most of them are expensive chic velvet kaftans. According  to weaving techniques and the materials. Kaftan dresses have eight names; Atlas, Canfes, Çatma, Seraser, Serenk, Selimiye, Kemha and Gezi. 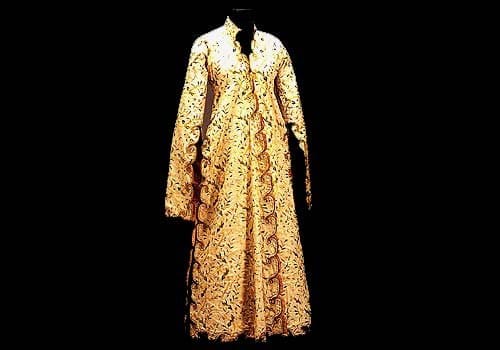 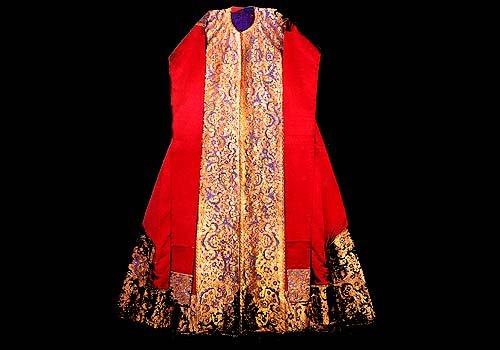 Even though kaftans were simple at the beginning then Sultans wore them with fur, precious gems like diamond or ruby.

The best feature of those kaftans were they had double wear. You could wear both side of those perfect kaftan dresses.

During centuries Kaftans had new look with new fabrics, the shape was still same with open-front, collarless, long and two side slits.

Ottoman kaftans are also open to public in Topkapı Museum today. If you visit, you will see how amazing and charming they are with their weaving techniques and precious gems on them.

Kaftan dresses are much more different than Sultans kaftans. People in Turkey wear them as wedding dresses or bachlerotte dresses. Dark red, purple, dark green and dark blue colors are popular. Due to kaftans fabric and materials many people all around the world wear them for special days. In Turkey Kaftans are made of velvet, silk or cotton using golden or silver silk yarn. Chiffon details make the women feel like princess. Embroidery is completely hand work. That’s why kaftan dresses have unique look. 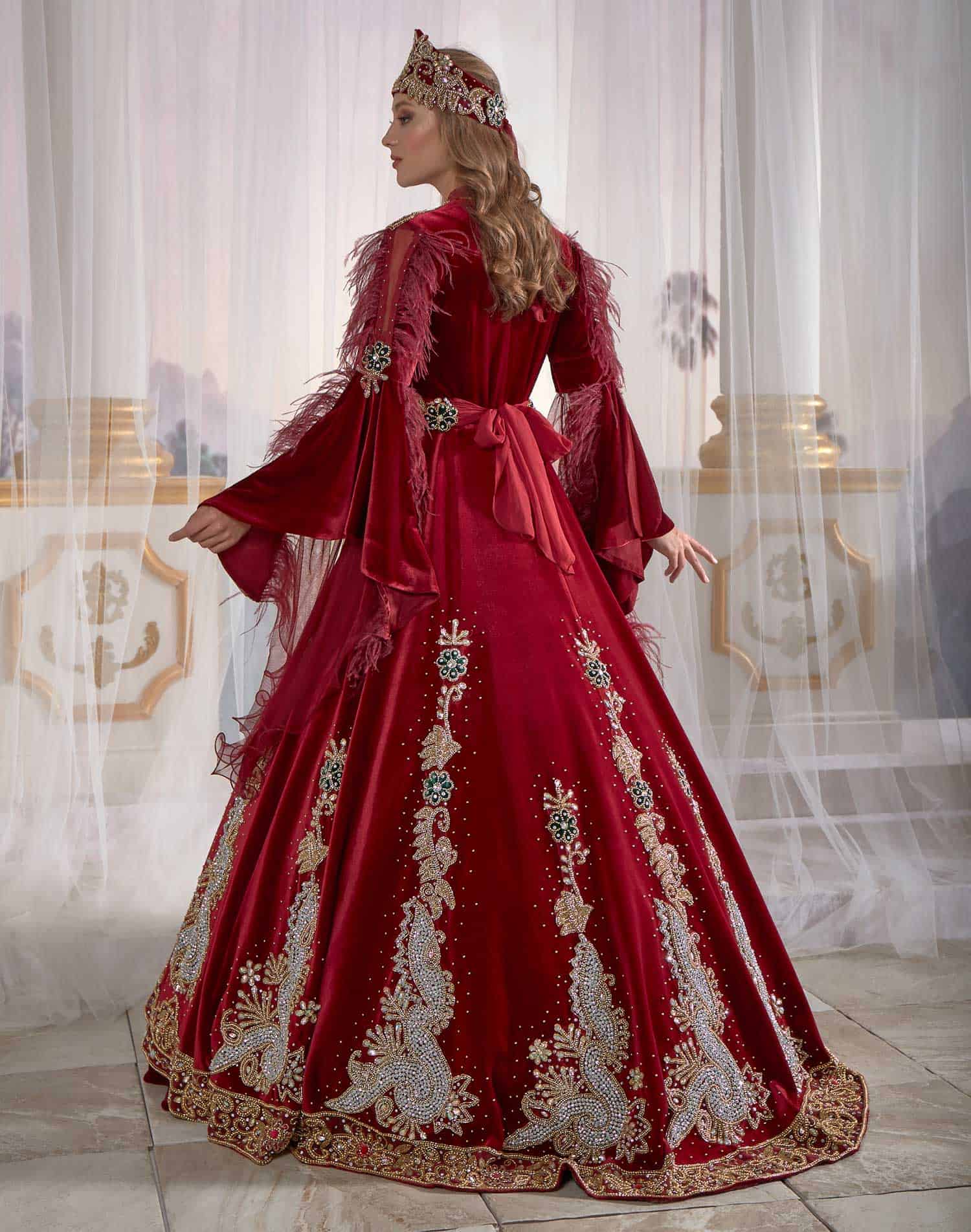