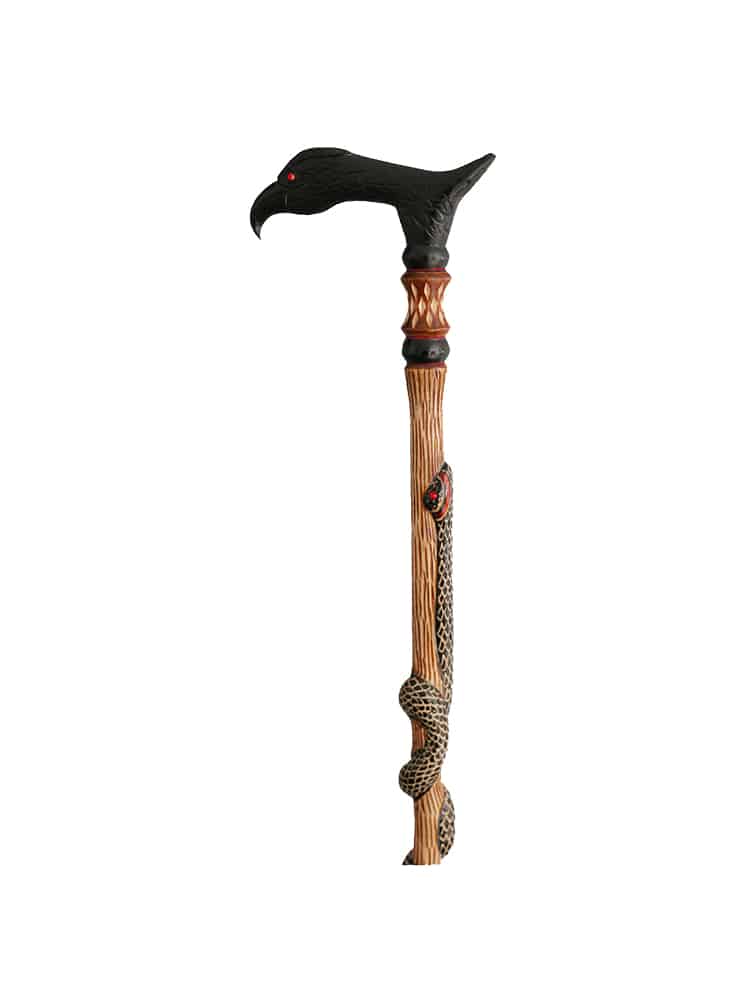 It is told in some documents making prestigious walking sticks were so famous and prestigious in Devrek that You could only buy it by giving 5 golds in Ottoman Time. In this period walking sticks symbolized the loyalty and power for Ottoman Pashas and Sultans. The oldest document about Devrek walking canes was  mentioned ‘’Kastamonu Salname’’ in 1838.  In this book the writer told in praise of Devrek walking canes with a long historical past.

The artisans from Devrek became professional carpenters in Ottoman Palace’s  workshops. According to local people, A carpenter who visited Egypt in World War I ,called Ali Ziya, made a remarkable change in figures. When he was in  Egypt, he saw British military officers were using remarkable walking sticks as accessories in the meaning of loyalty and prestigious. After he came back to his country , he  emphasized remarkable walking sticks would have been much more impressive and snake figures would be great for it. Then this figure became popular and remarkable for Devrek walking sticks. There are many claims how the snake figure’s birth could be. 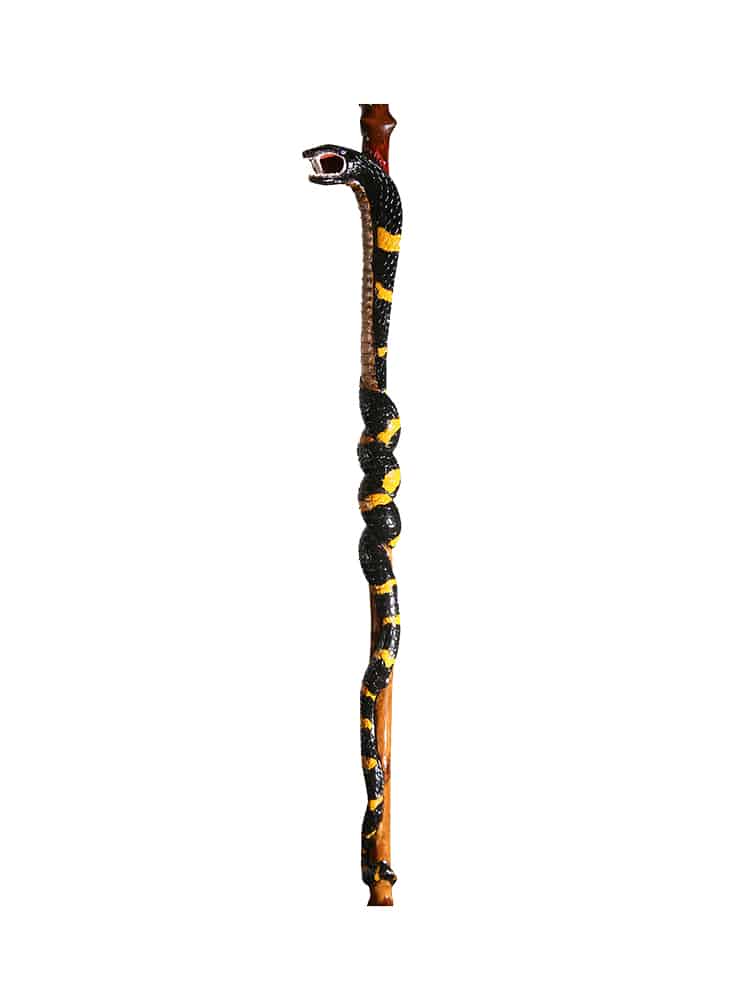 The Famous People Who has Devrek Walking Canes

Today Devrek is famous for its prestigious walking sticks. A festival called ‘Walking Cane And Wrestling’ gave its reputation back in worldwide. 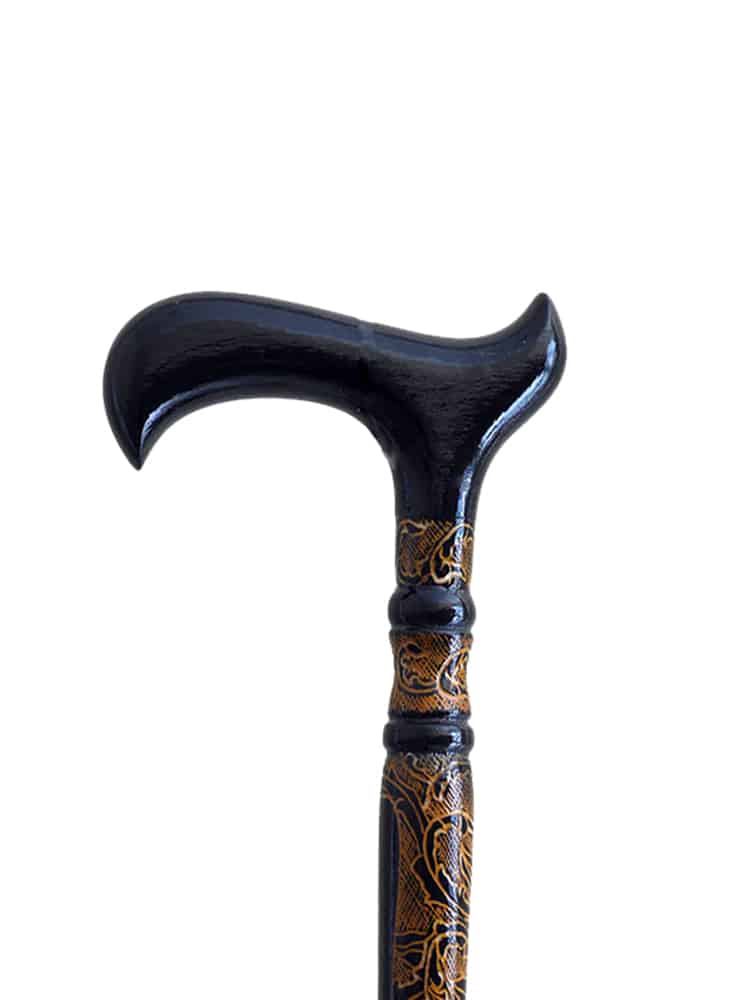 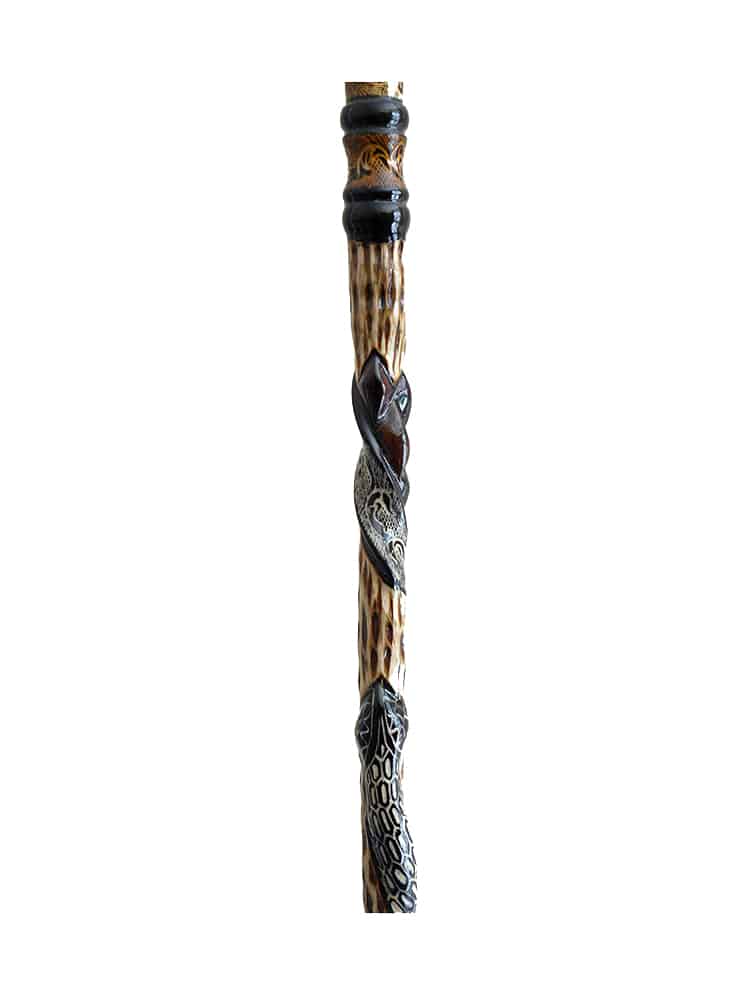 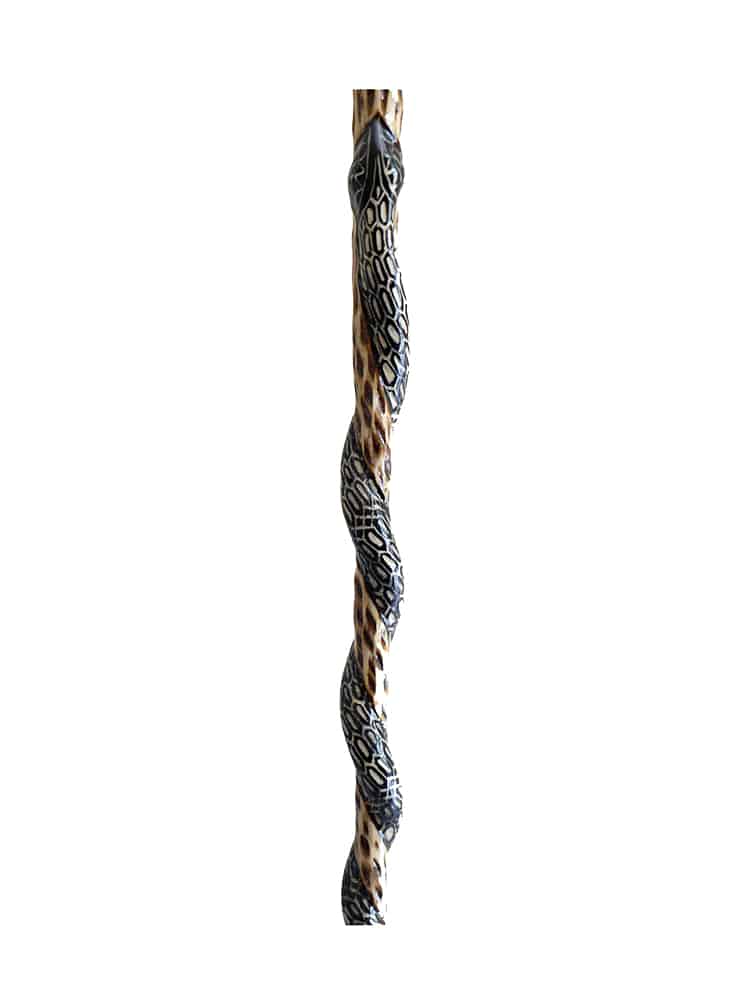 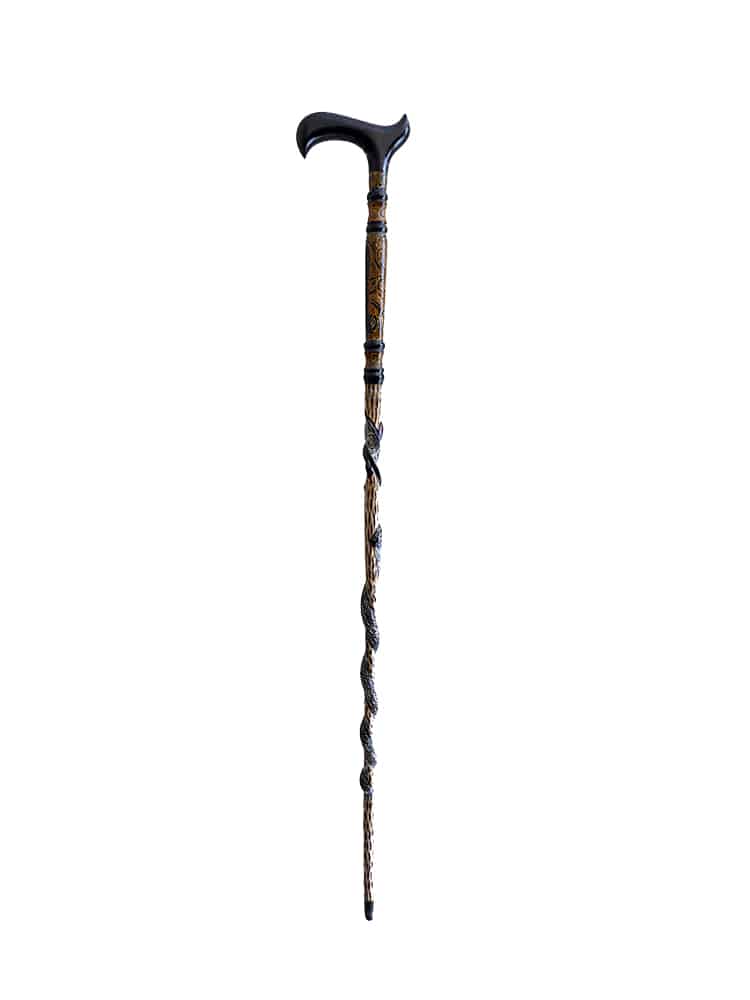 Artisans of carving amazing walking canes teaches their job to their next generations with its all details. Those prestigious walking canes can keep on. There are about 20 workshop in Devrek where artisans carve remarkable walking sticks.  Devrek walking sticks require professionality, patient and talent.  Walking sticks are the canes which the artisans hand carve and reflect the good taste of them. The wood using for prestigious walking canes are coming from border of the forest between Karabük and Mengen about 70 km long. This wood is cranberry tree. It is the best wood for the process of Devrek walking canes. Cranberry tree is flexible fort he process.

The process of Devrek Walking SticksAfter cutting the cranberry trees, they leave for dry during December and February and  artisans clean the branches  after this period. The wood what is left is heated up to straighten them in the ovens. 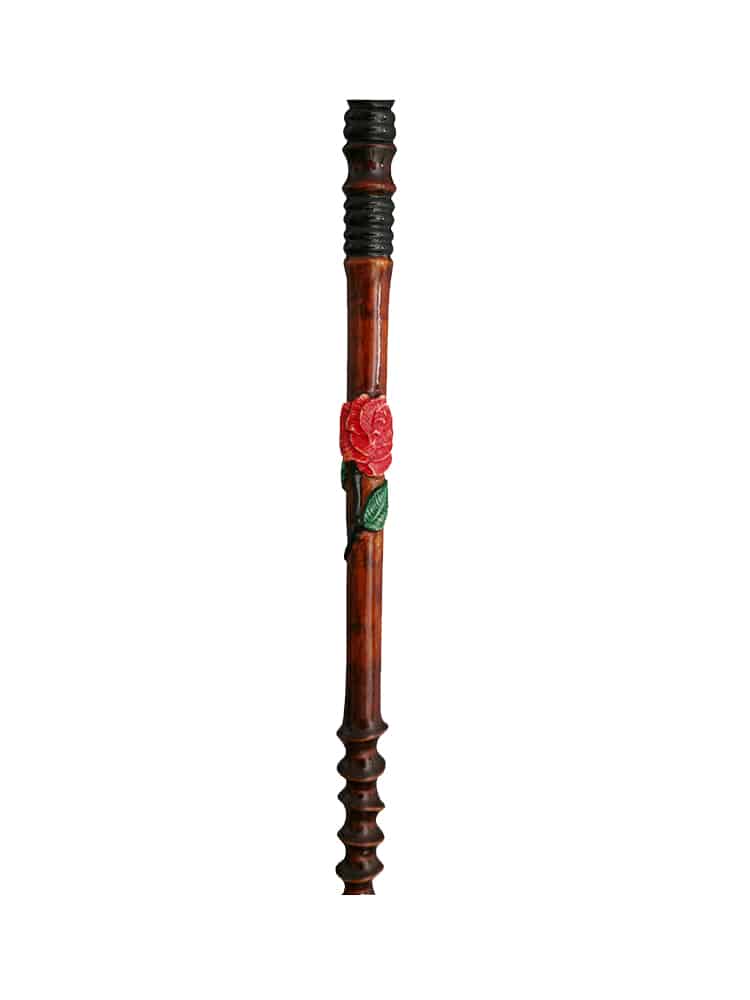 They are relieved before choosing the shape and pattern. Then Artisans start to hand carve the wood to shape and cut and pattern. Mostly those canes have two parts ; handle and body. Body is from cranberry wood and handle is from walnut wood.  One part of walking canes are available.

The snakes shapes are like coil up positions. For lightning the color they use vitriol and for patterns they use Indian ink. The handle parts is commonly shape of snake, eagle, duck and horse head. Artisans may engrave some special walking canes using silver, mother of pearl or precious gems on it. Those are special walking canes.

If you visit Devrek, you can find awesıme walking sticks in ‘Bazaar of Walking Canes’. 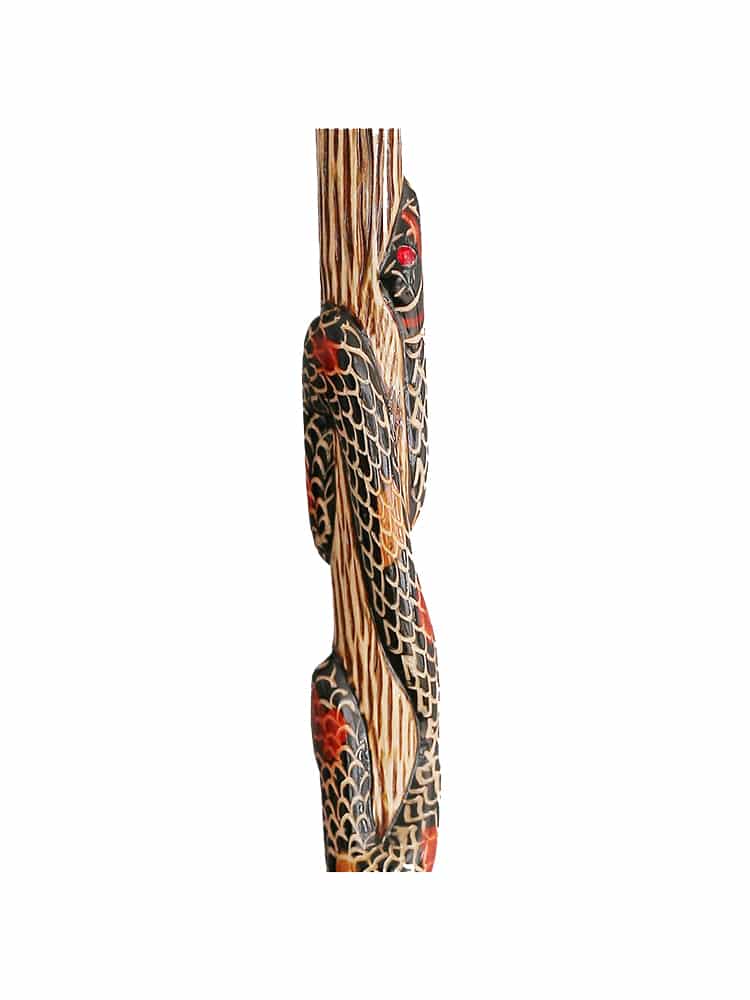 The first known craftswoman in the world who makes walking sticks,  is Münevver Okur. Many artisans like Tansel Işık, Rüştü Çelebi, Mürvet Okur, Raşit Korum or Birol Demir are exhibiting their art of Works in national festivals.